The single tip Entrepreneurs need to know about their first day and their 10,000th day in business

"It doesn't get any easier, you just get faster" - Greg Lemond

Maybe it's a popular idea right now (kinda like failure).

Maybe I've been looking for it.

Or ... Maybe I finally started listening.

Either way, the last few months I have been introduced and reintroduced to the idea that things don't ever get easier. 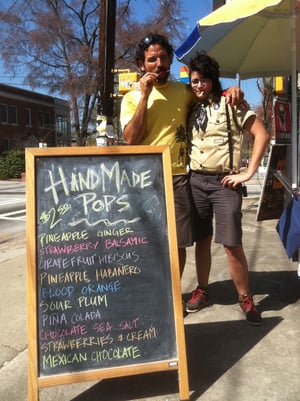 I've spent so much of my life assuming that if I put in enough good hard work now, I will eventually make it to the top of a metaphorical hill and be able gleefully coast for as long as I want.

Greg Lemond was one of the most successful cyclist of all time. His quote above was introduced to me in a How I Built This podcast with Patrick Collins, Founder of Stripe.

He explained that in cycling, the very first day that you ride a bike it will be difficult. A year later, if you trained every day your form could improve, you could improve your breathing technique, you could do all kinds of stuff to become a better cyclist, but the process of riding the bike would be just as hard.

The difference is you'd be going a whole lot faster.

Earlier in the week I was reading Ray Dalio's book Principles. Time and time again he reiterated that operating his business, Bridgewater, for over forty years never got easier. He is now one of the 100 wealthiest people in the world, but he consistently explains that the struggle never goes away.

For me, the work revolves around pops.

When Nick and I started King of Pops, we were making every pop ourselves. Cutting, blending and mixing fruit together. We had very little equipment, and spent a lot of time sealing the packaging our pops in the freezer, because our process was so slow that the pops would melt otherwise.

We each spent the rest of our time selling pops outside from our carts. It was hot and the hours were long.

This year I haven't spent much time on the cart or in the kitchen.

In the early days, I would have pictured my life today as much easier. And while the air conditioning is nice, the work is just as difficult.

As an entrepreneur, I've learned that the very best days and the very worst days are both difficult.

So this is where I've landed. The struggle isn't dictated by circumstances, but by how much you care. Want it to get easy? Stop caring.

The Secret to a Successful Company Function

The Out of Office Blues

Small Giants or Just Small? How considering less allowed us to do more (A Zingerman's Shoutout)

By 2014 our herd of King of Pops carts had turned into a successful small company.
Start Reading